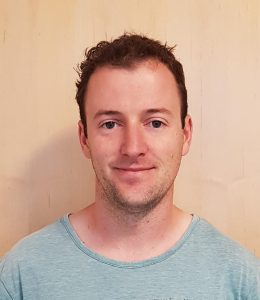 This is a continuation of a series of blog posts interviewing different authors who have posted to PsyArXiv. The goal of these posts is to spotlight different uses of PsyArXiv and to help the community get to know some of our authors a little better. In this post, Hannah Moshontz, a graduate student at Duke University and a member of the PsyArXiv Steering Committee, interviews Christopher Brydges (@ChrisBrydgesPhD), Postdoctoral Research Associate at Colorado State University who responded to a tweet asking people about unusual uses of PsyArXiv.

Hannah: Can you tell me a bit about your manuscript? What did you find? How does this project relate  to your other work?

Chris: The original study was an undergraduate’s research project that I supervised, examining whether working memory and/or processing speed mediated the association between fluid intelligence and ADHD symptomology in a nonclinical undergraduate student sample. (I’d really like to test this in a clinical sample, but given the time and sample size required for the project it wouldn’t have been feasible for the undergraduate student’s project). We found that working memory, but not processing speed, fully mediated deficits in fluid intelligence associated with ADHD symptoms in this sample. This study was conducted in 2014, and was published in the Journal of Neuropsychology in 2015. The paper that was put on PsyArXiv as a preprint was a reanalysis of this data—rather than examining average reaction time, we looked at variability of reaction time and found that this (and working memory) fully mediated the ADHD–fluid intelligence associations.

My research has always been examining higher-order cognition, particularly developmental aspects of it (typical childhood development, typical aging, and development in children born very preterm) and this was the first time I was supervising a student’s research project, so this project seemed like a good way to conduct a study that was still somewhat in my area of expertise, but was also of some interest/relevance to the student—she’s now working as a clinical psychologist.

Hannah: You mentioned this preprint to me after I tweeted asking people about unusual uses of PsyArXiv, and you mentioned that you uploaded this preprint to make your CV more competitive for a job application. Tell me more about why you decided to post it, and what advantages you expected it to give you on the market. Do you have any evidence that it helped you how you thought it would?

Chris: In late 2017, I was coming towards the end of my contract for my postdoc position at the University of Western Australia—my PI at the time very kindly extended my contract for about 10 weeks, but didn’t have funding for any longer—and I was looking for a new job. I came across the advert for the postdoc position I’m now working in, and after reading the job description, finding the Google Scholar profile of my current PI, the lab website, etc., I had a pretty clear idea of where I could improve my application—in my case, learning about intra-individual variability in response time, what it’s thought to be a measure of, and how to calculate it. I was lucky to have this previously collected data that I could use to try out this new technique. From there, I spent a weekend going through the analyses step by step and writing a draft of the paper before sending it to the two coauthors from the original paper. Once they were happy with it, we put it on PsyArXiv and submitted it for publication.

I wanted it to go onto PsyArXiv because it’s my belief that if I’m going to include absolutely anything on my CV, I need to be able to provide verifiable proof that I have experience in that area/can conduct that particular analysis/can program in that particular language, etc. I don’t think it would’ve been worth nearly as much for me to say “I saw the job description and spent last week learning about intra-individual variability”! I think that my application had to be at least quite strong to begin with, but doing this hopefully showed that I was serious about the job, I’m a fast learner, and productive researcher. My PI has said expressed similar sentiments—my application was strong, but the preprint definitely added a couple of bonus points. Even though I had my own data to do this with, I believe that in the future this will be easier for motivated applicants to do themselves due to the number of open datasets being published now.

Hannah: How did you hear about PsyArXiv? Any general reflections on the value of using it? Any costs or fears related to using PsyArXiv (realized or not)?

Chris: I have quite a few projects on PsyArXiv and the Open Science Framework now, yes—a combination of preprints of papers submitted to peer-reviewed journals, and null results that have been written up to show that we attempted this research. The School of Psychological Science at the University of Western Australia (where my previous postdoc position was) is very progressive in terms of open science, and I heard about PsyArXiv and preprints during a meeting there. My biggest fear has been that I would get an email from someone saying that I’d analysed my data completely incorrectly, that I’m incompetent and should never step foot on university land again—this hasn’t happened yet though, fortunately! It actually means that my research practices have improved—after analysing data, writing everything up, the last thing I do before uploading everything is put all the data in a folder and run the scripts/code to get the results one more time, just to double check. This last check hasn’t caught anything yet, which means that everything I’ve uploaded so far should work and be consistent with the numbers in the papers. No one’s contacted me or anything, though I think I’ve got a few more likes, retweets, and followers on Twitter because I occasionally retweet PsyArXiv-bot when I upload something there.

One thought on “Interview: Christopher Brydges”